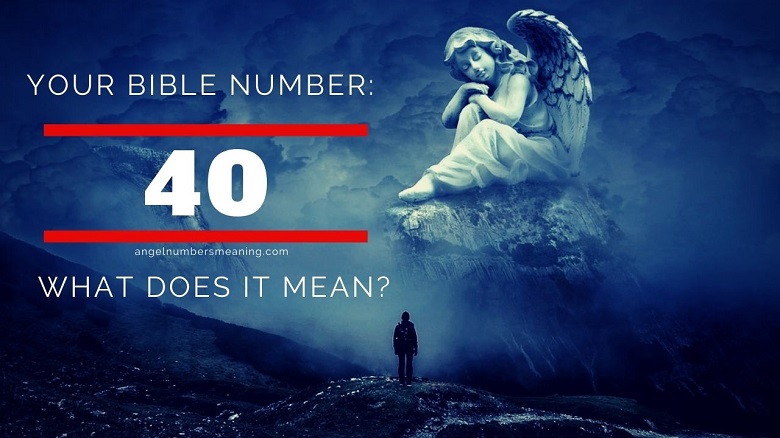 Our relationship with God can be determined by many elements, depending on the time of our birth, and based on the country we live in, and we can belong to a particular religion.

But all of them are based on the faith that is our inner belief system – the essential part of our being, it is who we are, and this part detects and determines all other aspects of our life. How we see things, how we react to them, etc.

Now, no one can tell you what your inner belief system can be, but the fact is that, for example, in all world religions, there is something that is expected, very common.

In all of them, you believe that there is one Deity, Entity, God representing the higher consciousness that “rules” as all, etc.

You decide what resonates with you, and it is ok, whatever it can be.

But, we must mention one more aspect relevant to the system of belief – our communication to the Higher Entity.

Does that Entity speak to us?

Does it speak at times using some codes and secret signs?

Yes, it can, and if you look at any religious book, you can see that numbers play a huge part in them because they are significant and carry a meaningful symbolical message.

Today we are looking for the Biblical meaning of the number 40; and how you can understand this number when it comes to you when it follows you in different ways, according to the Bible.

In the Bible, numbers play a huge role in all religions that have their sacred numbers of negative and positive meaning. Ibn Khaldun presented various ways of divination with numbers in Islamic culture, and the “Syrian Book of Medicine” from the 12th century gave many examples of clairvoyance, divination, and healing with numbers that were practiced in the eastern part of Christian civilization at that time.

But unlike some other religious books, the symbolic meaning of numbers in the Bible has nothing to do with numerology, which deals with the search for occult meaning in numbers, their combinations, and sums.

What sparks our interest is the Biblical meaning of the number 40?

What does it mean?

According to the Bible, this is the numeral that denotes a generation, contemporaries, and preparation time.

In the Bible, you can find that the rain falls for 40 days; it was the time of the great flood, and also Moses spent 40 years in the wastelands, and Jesus fasted for 40 days.

As you can see, all events that need time before it came to results before it changed into something else, something meaningful to happen; 40 days is the time required for preparation.

The same analogy could be applied to your life if this numeral has a significant meaning.

Modern psychology cites the fortieth year as a turning point.

At the age of forty, one phase of life was fulfilled. The stage that follows is better known as the “canonical age” of man, which means that man’s intellect was by far the most developed, as evidenced by the significant number of great works that forever changed the history and course of mankind and created just after this magical turning point.

The fact is that biology teaches us that it takes exactly 40 days for one human cell to be built, or precisely 40, to decompose itself. In some way, you can observe this process as the process of creation and death, or in other words, as the moment of the entire circle that is made, and the new one can start over.

Also, in many other biological processes, there can be seen attractive to look at that so many of them last precisely 40 days, in some case 40 hours, like for example, the process of building immunity, etc. The process of pregnancy and the birth of a child take an incredible 40 weeks.

Some say that 40 days is the period of total rejuvenation and the time that is necessary to alter your life in some way.

Also, the emotional part of the number 40 is interesting – science has confirmed that it takes around 40 days to get over someone and to grieve in some way.

The old measure of all Slavic people – the eye, contains 40 things. The eye of honey was 40 wooden cups with a long handle; the eye of salt was 40 glasses, the size of a brandy cup.

Why do recipes for balms and herbal drinks almost always read for 40 days, or why in his forties is the eagle at a crossroads between death and quiet dying or going through a painful period of change that will allow him to start a new life?

What is the hidden meaning?

Now, let us speak to you directly and determine what the messages that come to you, according to the Bible, if the number 40 comes to you, in some way, shape or form are.

You will apparently recognize some modifications in your time, and these are the innovations that occur after some time of resting, after the time of punishment, and being away for a long time from others.

You will probably try to achieve goals that you have been postponing for some time, but what is seen to be postponed; now you can see that it was the time of the rest that is necessary to take for about 40 days, or exactly.

Thoughts will appear more like substance than a different vision at the end of this growing process, and this could be precisely the impulse you required to do it.  The truth is that you needed some time to think and rest what to do and to pull yourself together and make the right turn.

These raised pressure levels that come after exactly 40 days, as the Biblical umber 40 suggest, will help you get through those days even when you feel like you’re going through some hard times.

You may want to develop and grow a better person, a more spiritual person who knows where he or she is going and what waits at the end of the course. Or you may conclude that it’s enough to obtain your ancestral origins and be the person you once were. Whatever you select, this season will produce something uncontaminated into your time.

This number that has come into your life, it did not come in some meaningful way, but you know it carries a meaning – it surely pulling you in the Divine direction.

Moreover, even if the transformation doesn’t come fully at once, you’ll probably respond more active, just by comprehending how significant numeral 40 is and determined to be during the preceding time.

For example, the energy that numeral 40 bring you will be the driving force behind everything you do. If you want to change your life, then it will motivate you, but it also gives you a valuable lesson – good and divine things take some time, and that time lasts 40 days.

What is the message for you?

The number 40 in the Bible perhaps best reflects the change – it seems to me that it is completely different, more intense, and sometimes again that it is old style.

The numeral 40, especially in the Bible, speaks of the Law of attraction – by focusing your thoughts for just 40 days on one thing, it can become a reality in the future.

Also, this is the message that speaks of a lot of attention; even to this day, 40 days are the ones you advise a woman to rest after giving birth. The woman is 40 weeks pregnant.

A crowd of philosophers considers that the numeral 40 denotes a “transformation”, it is time to prepare a person or people for a fundamental change; something will happen after these 40 days.

We can also see that in the Bible, there are many relations of figure 40 with condemnation and punishment; it can be the time that we gave ourselves to morn some bad things that have happened into our past, for example.

One exercise for you – think of your mistakes, and think, did you let go of the feeling?

What is the message on a global scale?

Now, we can observe the true meaning of the Biblical meaning of the numeral 40 on a global scale – the year 2020, the year in which the corona virus has spread and shift our world and everything we have so firmly believed in, shaken to the core.

Here we come to the term transformation and rejuvenation – waters are becoming cleaned, nature is shifting, the atmosphere is fresh thanks to less contamination, the bright sky in the night is also evident, etc.

This is the message to all of us to use the magical moment that came out of the 2020/40.

If we want to align this with the writings in the Bible, we can find that according to the Holy Book, a “switch” occurs every moment the number 40 arises, so all of us should understand the current situation as a blessing, not as a curse.

Spending time with the family, enjoying the time we did not have a chance to do so is an amazing process.

As you could have seen, the Biblical meaning of the number 40 is magnificent, and According to the Bible, the flood came after it rained for 40 days and 40 nights.

After his baptism on the Jordan River, Jesus retired to solitude to the wilderness where he spent 40 days. Moses fasted for 40 days before going for the tablets of the Ten Commandments of God.

It was at the age of 40 in the cave of Hira that he received God’s revelation through the Angel.

It is not our intention to deal further with the numerological and other meanings of this mystical number, but it is evident that it has always been known or suspected that 40 years has a special meaning.

The flood lasted 40 days. The exodus lasted for 40 years. Forty days of fasting in the wilderness where Jesus was tempted. It took 40 days for Jesus to appear after his crucifixion and resurrection.

For 40 days, it seems that the isolation called “quarantine” to which we are exposed will last.