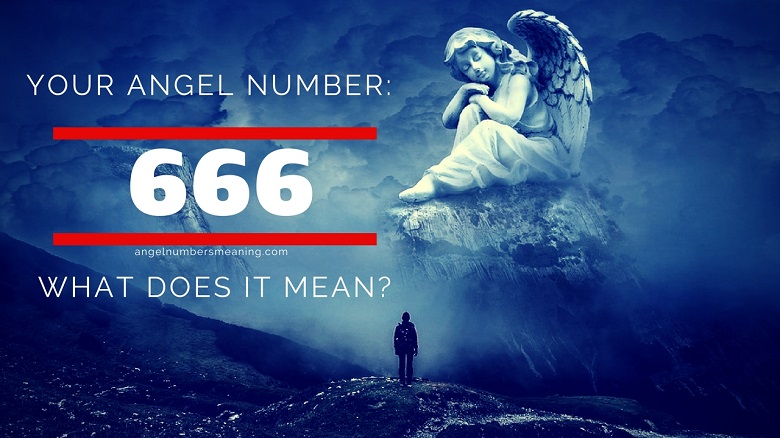 As you could see in many of these articles, numbers can have different vibrations, and like humans, they can be good and evil, but of course, things in life are not so simple and black and white (more time things are grey). Same as for humans, no one is a horrible and evil person without any good trait, some just make a wrong decision, and numbers also have some terrible vibrations, besides many other qualities.

Many of us are convinced, and that opinion is rooted deep in our minds that the number 666 has bad vibrations, the worst of all numbers and that everything that is connected to this numbers is evil and unlucky. We unconditionally accepted as such, without any consideration, is that number 666 is the number that denotes the Satanic, hostile forces, the forces that resist and rebel against the Creator.

Many numerologists tried to decipher this numerical code; even the Catholic Church has done some research and eventually connected this number with Satan and evil forces.  Sometimes these decipherments are more convincing and sometimes very believable, but numerologist offers more than this, they try to give more to the meaning of the number.

Because if we know that all numbers are certain messages from the angel realm, how can there be the evil message? Well, there cannot be, and we will discuss message that is behind the number 666 in the last section of this article, and we will start in denoting this number by explaining its complexity, the characteristics that it gives to its “owner.”

To be the “bad” number in angel numerology doesn’t mean by default that life of that person who is under this vibration is going to be bad, it just means that his life is blessed/cursed with a significant amount of energy and difficulties and that he is not like other people.

Here, like in every other number, all depends on how possibilities in life are going to be used – we can make something destructive or something that can change the world and make our lives better.

Angel number 666 is a person who is different from his environment, he looks and feels differently, and he rarely fits in society. He has many inner demons, in a sense that he can fall into deep thinking which can turn into hardcore depression which can last for days. He is an undeniably intelligent person, with the sharp mind and futuristic imagination – when he dreams he falls into deep states, and he lives that other, dream world.

For others, it is tough to understand their way of thinking, and number 666 doesn’t try to explain himself to the others, some people naturally follow him, because he has charisma.

Because of all of these traits, he might seem like a weird person who is a misfit, but he has many interests and talents, and he is the best at them – if he sings he has an angelic voice if he swims he is the fastest; number 666 can be inventor or researcher. For angel number there is no middle in anything, he is a person of the extremes.

He can be in certain situations a master of manipulation; he knows how to distract attention and create illusions that serve to shape people’s consciousness and care for their needs. Because usually when number 666 wants something, there is no possibility that he doesn’t do it, no matter what are the circumstances. In those situations he forgets about all moral and human codes, even common decency, he just pushes things to the extremes and has no problem. 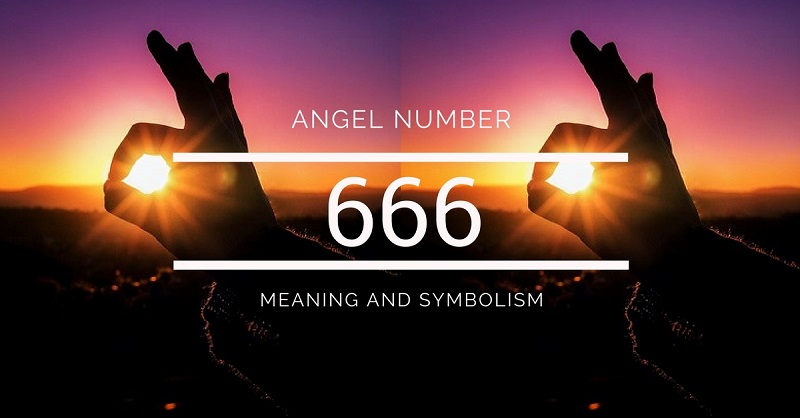 Emotionally, we cannot say that they don’t have love, cause they do, it is just they have a problem in expressing it, they think of sensitivity like something that is entirely unnecessary and weak. Number 666 wants to be seen as a person who is dominant and durable, which he is, indeed.

Advice to them is to try to overcome, not such their weaknesses, but their temperament and to try to see that others can suffer because of their deeds, and that is not ok.

It can be said, that in the honest and fundamental look at number 666 and his metaphor, that there are two hidden meanings in one number; or that there is a representation of the number that can be seen in two different ways and we end up with two opposite numerical symbols – numbers 666 and 999. So, we cannot understand one without the other number.

Numerologists say that we can understand the number 666 by looking it as an opposite of the number 999.

Number 999 is under the influence of the triple power of the number 9, which some say that represents perfection and ultimate virtues in human. Honesty, intellect, altruism, kindness, sensitivity are attributes of the number 9, and in number 999 they are enhanced to the maximum.

Number 666 is the number of imperfect humans, but God created these people also with the purpose of improving – he wanted to prove that we are all God’s children. The number 666 is symbolically the number of the deviated man, who can become better if not perfect number 999.

According to the angel numerologists, the Creator made people, and he created them inherently good, and they should strive to perfection – from 666 to 999.

The demonic part of the number 666 symbolically represents the enemies of the man (and those who suppose to Creator). These “bad influences” want to prove that man is fundamentally corrupt and jealous, unworthy of what the Creator ordered him. They want to show that God’s plan for a man is a failure, and that man is not worthy of the place that is intended for him. That’s 999 (inverted, distorted 666).

Of course, we all have these evil urges and impulses in ourselves, but it is up to all of us to fight them as hard as we can.

Angel number 666 is in love, like in every other aspect of his life, very egocentric; he primarily wants to fulfill his needs and desires, and then everything else. Number 666 numerologists describe like the worst person to be in a love relationship, and some go to the extreme in their behavior.

Self-extinguishing auto-destructors, who cannot afford to cope with their own, so they have to pull another 100 people behind. Number 666 is followed by a label of jealously possessive partners, who continuously cheat and have many affairs; also some say that this number is very deviant in sex.

Number 666 are emotionally immature, unconscious, submissive, vengeful and corrupted brats who do not refrain from anything. They are temperament and can be very angry when some hurt their feelings, at that moment they can love you, in next they want to hurt your feelings. Regardless of age, maturity or gender, when you genuinely scratch below the surface, of the number 666 you will find an intelligent, dangerous and cunning partner, who is an emotionally immature person.

Of course, even number 666 can be changed and loved; all humans are created so they can experience the revelation – a certain person in certain circumstances can influence number 666, so he becomes more loving and giving a partner.

In nowadays people say that number 666 appears everywhere, and that is mainly in the monetary system, which is considered to be the way that devil control and corrupts people. This thesis is very interesting in modern times, cause money is the new God whom most of the world’s population worship and prays.

It is said that number 666 appears on every barcode of every product in the market; the first three digits of the international financial card system are 666, the “World Bank” code is 666, the number 666 is embossed on the lines of the Israeli lottery.

Throughout History, especially after the birth of Christ, number 666 takes his today’s form – as an evil, devil number. This connotation stayed for many centuries, even today, people don’t like this number, and besides the number 13, it is a number with most notoriety.

In Roman numbers, number 666 is written as DCLXVI and researchers claim that if we read it from right to left in an evenly growing series that ends with D (which represent D as spirituality, that is, a spiritual man). They explain this further, claiming that this number is merely the number of an imperfect human; number 666 represented in Roman numerals shows the symbolic evolutionary path of man.

In Arabic symbolism number 666, or three sixes have similar meaning, symbolizing development, evolution; number 6 signifies the creation of the soul so that the entire symbolism of number 666 is: “the evolution of the Creator’s creation and the soul of man.”

Even to the modern day’s number 666 has horrible connotation – number 666 has entered and stayed in our mind as a number that brings bad luck, and it is a sign of the devil, and people don’t even want to look at this numbers with their eyes, let alone think of this number or to use it daily.

But, somehow Angels are sending us this message, and they never do anything to hurt or harm people, just to help them and advice them. So, if you saw this number, if you have feeling that it follows you, you need to be warned and no matter how hard it is you need to accept this message.

The angels want something to tell you, to whisper you in your ear – this is why we sending you specific messages, so you can know what are right and what is false.

Unfortunately, people often let their fear rule them, along with misconceptions, and they are don’t let themselves to see beyond the numbers 6-6-6. This message is so strong because angels want to use it as advice that in life you never get seduced by false gods and evil. Instead, you should listen to the wise words of Angels and their words.

You need to show that you have the will, the effort and the desire to realize ultimate virtue, no matter what circumstances might be.

Numerical formula “666”, in which is the sign of satanic dominance, and that it can represent the obstacle to receive to truths and virtues because it can manipulate you, leave you confused and disoriented.

Number 666 in Angel numerology is no sign of the Beast or the Devil, but a man himself with all of his negative characteristics. So it can be concluded that number 666 represents our negative side, which we all have, and which we all have to fight against with our hearts, angels are saying.